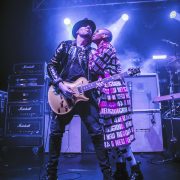 Celebrating 20 Years As A PRS Artist

Ace has been playing guitar for over 30 years, 20 of those years as a PRS artist, and has earned a reputation as being one of the top guitarists in the rock world. Skunk Anansie are one of Europe’s biggest rock bands.  Their music slips effortlessly between the confrontational and the tender, the politically charged and the nakedly emotional, the upfront and attention-grabbing and the quiet and restrained. Ace catches up with us before heading out on Skunk Anansie’s 25th Anniversary tour… 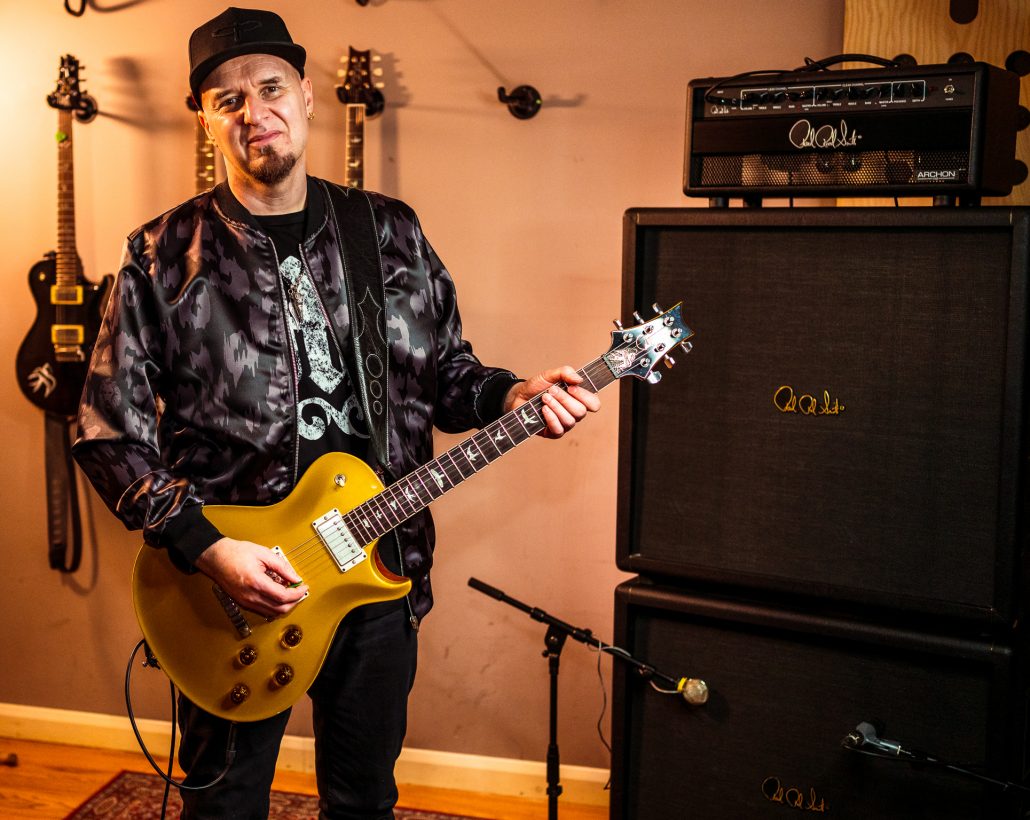 PRS: PRS Guitars are obviously the right guitar for you, which models are your favourite?

ACE: I’ve been very lucky to have 20 years on the road with them, so I’ve got a few! The Tremonti Signature is my main staple, I have a few modifications on it to suit my sound, and it’s probably my number 1 go to. I’ve got a Custom Shop Singlecut gold top which I’ve had customised with 57 08’s and 59 09 pick ups and coil taps and a special thin neck, which is my go to in the studio and I use it all the time. I really like the Mira, I use it for songwriting all the time. It’s singlecoil so great for a ballad to a rocky song, and it’s light and simple. I chuck it on my back on the tube and it gets used a lot on recordings, the p90’s sound so amazing. Across the board, I really like the Starla as well. It comes on tour with me as I love the trem arm on it. It has a vintage sound on it like The Who or something, and it gets used a lot on the road.

PRS: How many PRS’s do you have?

ACE: My first PRS was a Custom 24 and it started off as a beautiful studio guitar for me. I’ve got a Mira, a Starla, an SE 245 which I absolutely adore and comes on tour. I’ve got a few Ace Signatures which were modelled on my Tremonti, a Tremonti, a Gold Top, A 594 black gold wrap, a 7 string which is my latest one… I think that’s about it! 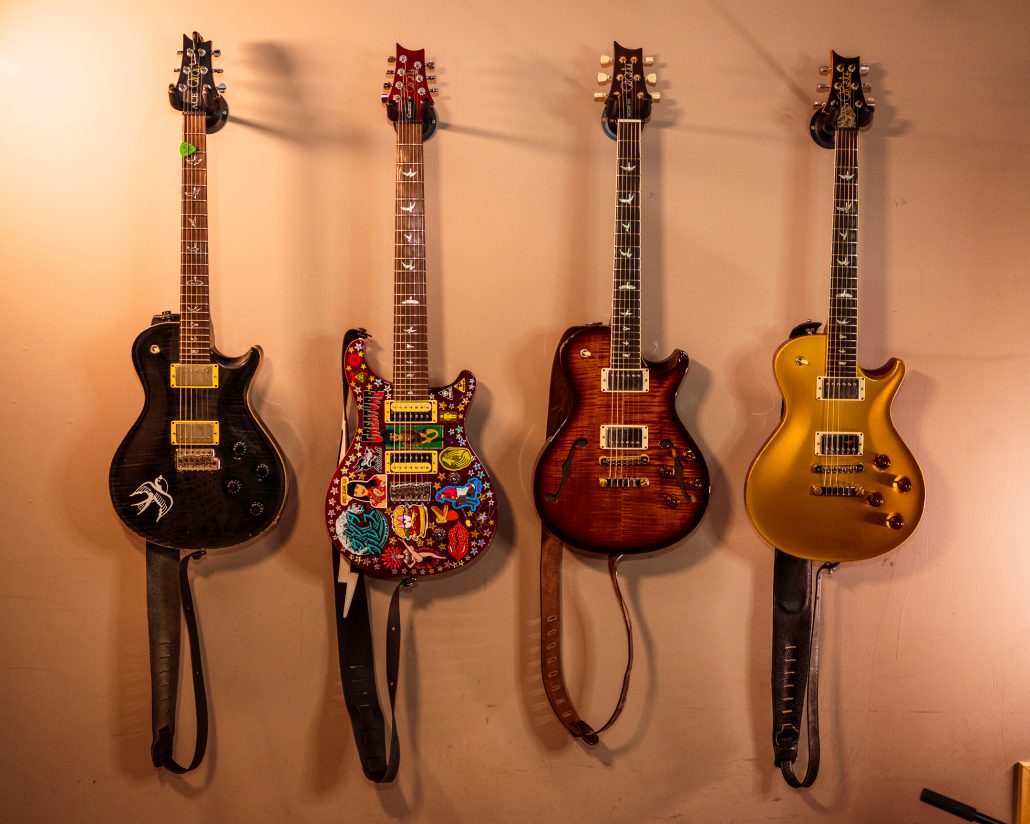 ACE: The quality to be honest, they’re so stable. They stay in tune and tour really well, that was a big aspect for me because I tour all the time. Apart from that it’s the feel, the playability of them and the build quality. The finish and intonation is all good. For me it’s about the guitar first, then the look but luckily I’ve been able to marry the two together.

PRS: Great to see that Skunk Anansie are heading back out on tour this year, celebrating your 25th anniversary being a band! What is the band’s secret of keeping it together and creating great music all these years?

ACE: I think it’s a few things – our initial drive has never left us. We’ve kind of grown up, but we haven’t grown old. The chemistry is still there and the drive and feeling of wanting to carry on making music our way and enjoying it has always kept us going. Even though we might take a break every now and then, our friendship and musical bond never seems to disappear, we seem to retain that. 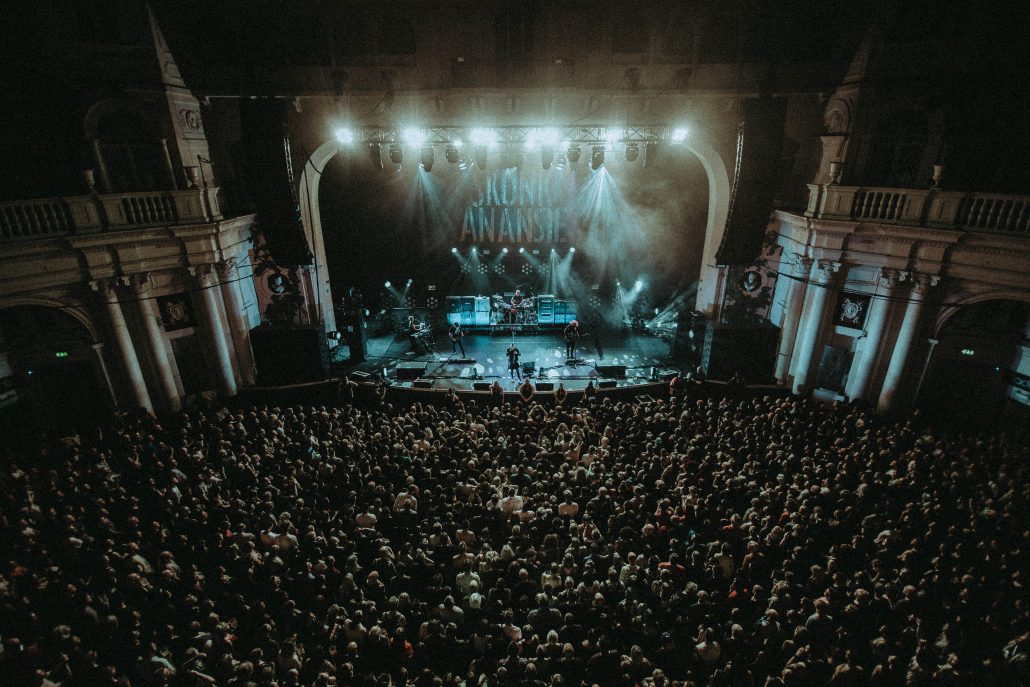 PRS: You keep very busy when you’re not touring with the band. Tell us what you get up to.

ACE: I’m definitely a musical entrepreneur! As well as touring with the band I’ve been in musical education. I’ve done that for 25 years and it’s always been a passion of mine to teach and enable others to progress their music. I’ve also worked in record production for many years. I’ve recorded a lot of bands, about 40 records, and it was great to sit in the other seat. I’ve got a t-shirt company which is great fun! I started off as a kid being a graphic designer, that was my first job, and I never lost the love for drawing and design. I still do all the Skunk merch now, but to have my own thing on the side is really fun and embryonic. I’ve mastered bands as well…done sessions for other people and I guest on other artists records. I tend to always be busy but I try to make it passion led and all connected to music, everything comes together and stays creative and musical. I’ve been very lucky to be able to do that.

PRS: Any advice for aspiring guitarists?

ACE: First and foremost – it’s about the playing, its about the song. Put the time in, and get good at what you do. Be mindful about having a diverse career and create a portfolio career from the beginning. As these things grow, some may not make money and some do, but they’ll always support you as a musician and the most important thing is that you can carry on making music. If you want to be a successful guitarist, it doesn’t just mean the playing, its much more. Sustain that career and surround yourself with things that feed into it and keep it going. 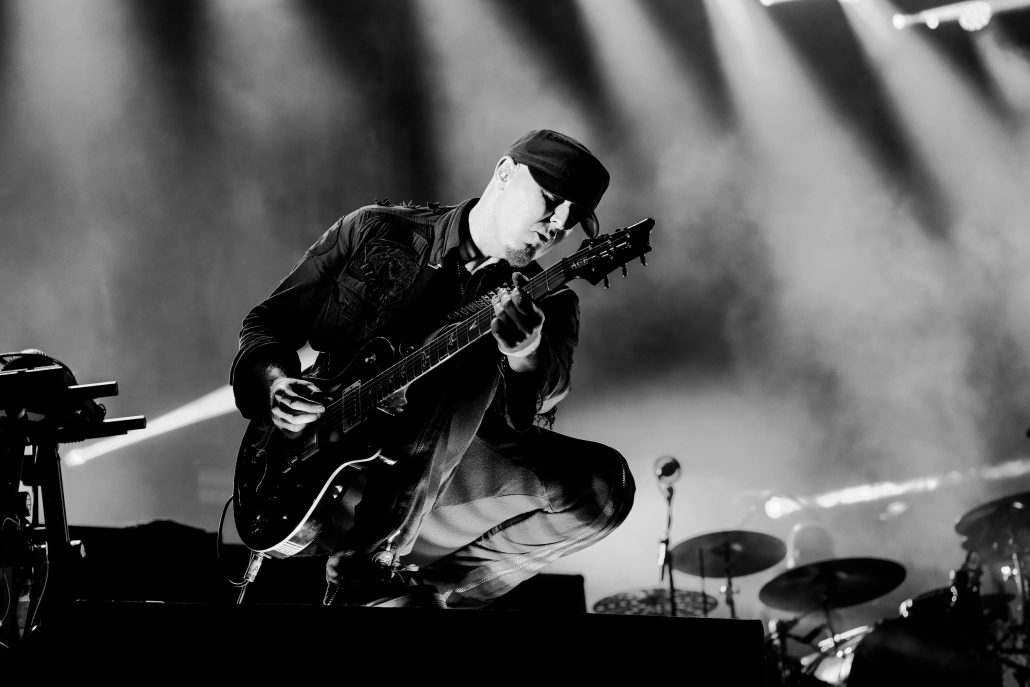 PRS: Tell us about the writing and recording process of the new Skunk Anansie music coming out this year?

ACE: Our writing sessions are very organic, we write about 2 songs a day just as the band, no one else. We tried it virtually in the lockdown period but it didn’t work for us, we went back to our old iPhone recordings from our sessions before the pandemic and overdubbed them and demoed them. We then sent them off to a producer we really like called Cam Blackwood who we’ve worked with before. He liked the stuff and we finally we’re able to cut the songs in the studio after the lockdown period, and then those songs became the new singles! We’ve found as a band, organically writing together in a room is the way forward, and how we want to go about writing our new album.

PRS: Which PRS Guitars do you play on the new singles?

ACE: Piggy, our new single, the most aggressive and crazy one was recorded on my 7-string. Its very rare that I write and record on this guitar, but on our last session of our “cottage sessions” when we wrote the songs, I tuned down and we loved the vibe. I picked up the 7 from PRS Europe and used it on Piggy with an amp cranked up. I also used the Gold Top on our new music because it’s got such a range of sounds, I coil tap it and it sounds so good and aggressive. 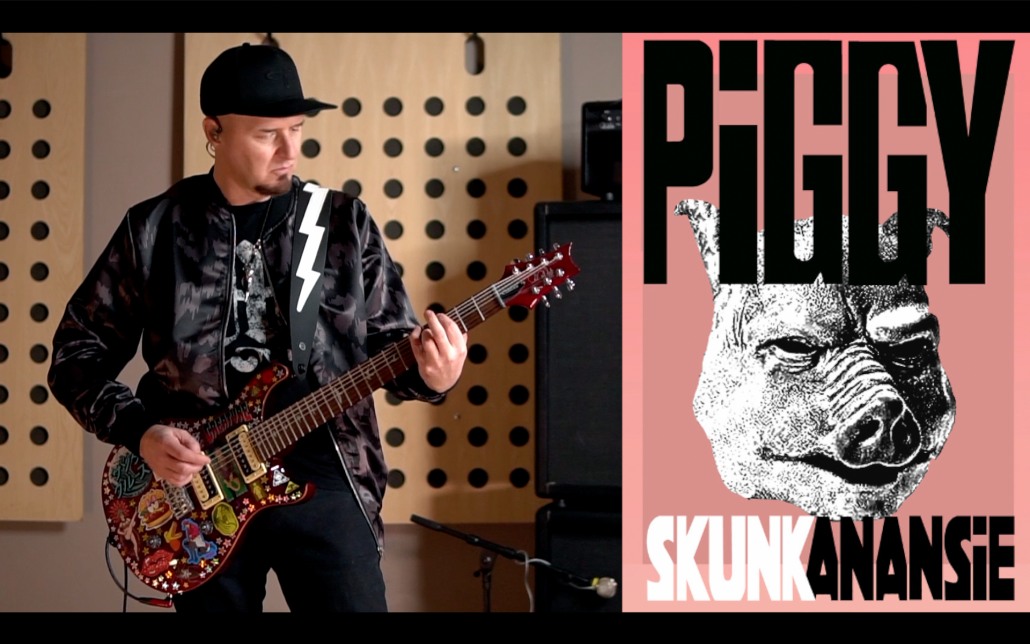 ACE: On Piggy, the middle 8 riff is ridiculously dirty and heavy. I’ve always wanted to do something like that, its like the 14 year old in me escaping!

ACE: There’s so many! The Tremonti has literally played every single show, it’s never not done a show. It’s got the history and when I play it, it’s just so easy for me to play it. We headlined the Polish Woodstock to 700,000 people before the pandemic hit and that really was a stand out show, we’d just gone gold on our record over there and it was the biggest show I’ve ever played, and it was Skin’s birthday, so the Tremonti saw me through a great show there. 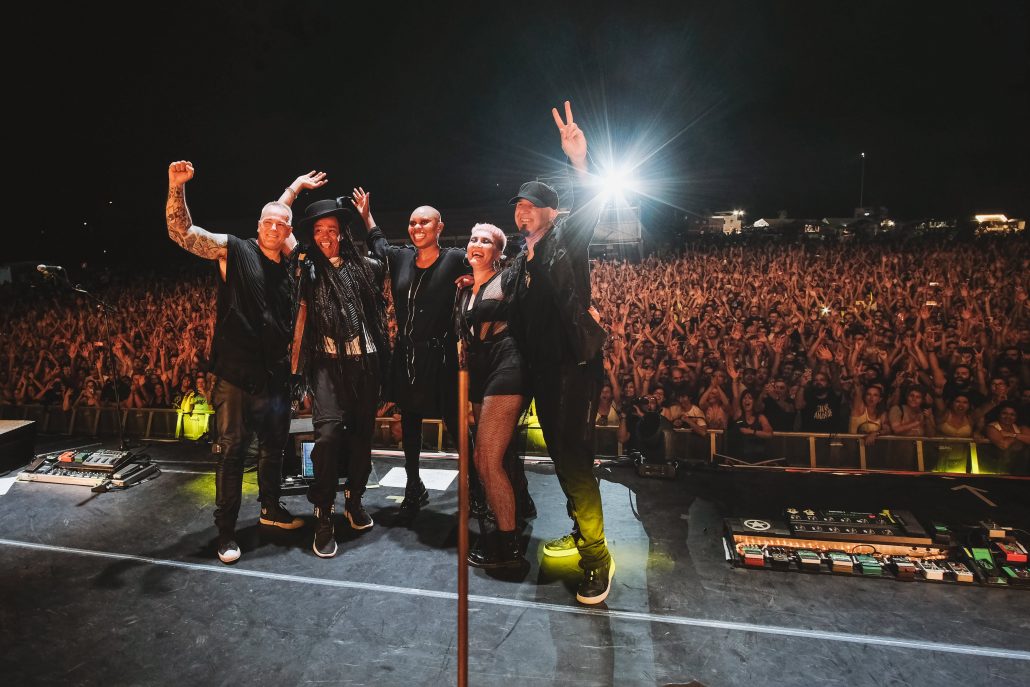 Head to the Skunk Anansie webpage to see their European and UK 2022 25th Anniversary tour dates!