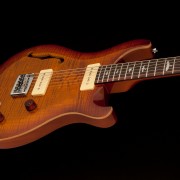 And now for something a little different..

We’re very happy to announce that the 2016 PRS SE line-up will feature a pair of baritone models – the SE277 and SE277 Semi Hollow Soapbar.

Tuned B to B (two and a half steps below standard), the two new guitars are designed to give a taut, muscular low end with powerful aggressive tones – and offer the flexibility of going from chimey clean sounds, to warm depth, to articulate tonal hostility.

If you’re more comfortable with more traditional styling, PRS has introduced the SE 277, which features the same 27.7” baritone scale length as its semi-hollow brother but with a solid body and PRS SE dual humbucking pickups. The SE 277 covers the spectrum of sound from sparkling highs, to surf-rock jangle, to heavy down-tuned aggression. 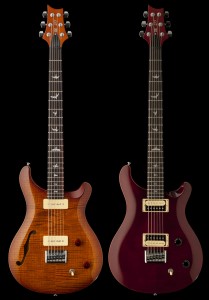 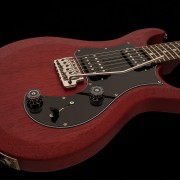 It might only be November, but already PRS have lifted the lid on the first of the 2016 range – three fabulous new S2 Standard Satin models in 24, 22 and Singlecut flavours.

Each of the new models is available in Charcoal, McCarty Tobacco, Vintage Cherry and Vintage Mahogany satin nitro finish – a super thin finish designed to enhance the vintage vibe of the S2 Standards and promote the warm, balanced resonance of the all-mahogany bodies.

PRS use no grain filler on the S2 Standards and allow the nitro clear coat to sink right into the wood, which looks great now and will age beautifully. And the satin finish on the neck gives it an immediately worn-in natural feel, like it’s already done a thousand gigs.

Each of the new S2 Standard Satin models retails for £999 / €1395 and you can find out more and watch the guitars in action here! 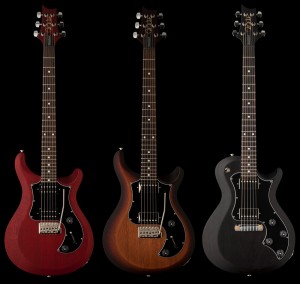