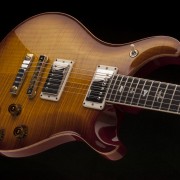 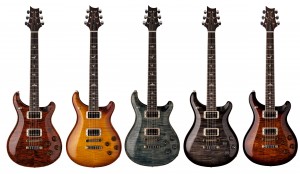 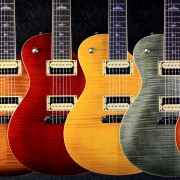 Bernie Marsden’s signature PRS SE model is a truly fabulous guitar, designed to deliver big, fat vintage-style tone in a seriously good-looking package. This final run is PRS’s tribute to Bernie and this great guitar; it is limited to just 250 guitars for Europe after which the model will no longer be available. Even better, the Bernie Marsden final run is available in 6  PRS colours, Vintage Sunburst, Black Cherry, Santana Yellow, Trampas Green, Tobacco Sunburst and Grey Black, showing off the classic PRS book matched flame maple veneer top to great advantage – Just how good do they look?!

Add in a lightweight Mahogany body, super-comfortable cream bound wide-fat mahogany 22 fret set neck with a classic 24.5” scale, topped by a rosewood fingerboard all powered by a pair of great sounding SE 245 humbuckers and it’s no surprise that Bernie’s guitar just feels and sounds spot-on.

As Bernie says “I have played my SE on stage and in the studio all over the world, and will continue to do so – it sounds great and has never let me down. I look forward to continuing my relationship with PRS and would like to thank them for making such a great guitar with my name on it!”

The Final Run Limited Edition versions are available at the same price as the original, at just £695 /€995 (inc VAT) including PRS SE gigbag!

These guitars are available across Europe now so contact your local PRS Dealer today!

For full details on the SE Bernie Marsden, visit http://prsguitars.com/2015/seberniemarsden