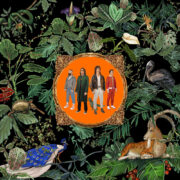 PRS Artist Si Delaney came in to PRS Guitars Europe ahead of the DON BROCO album release. He brought us up to speed on what the band have been up to… 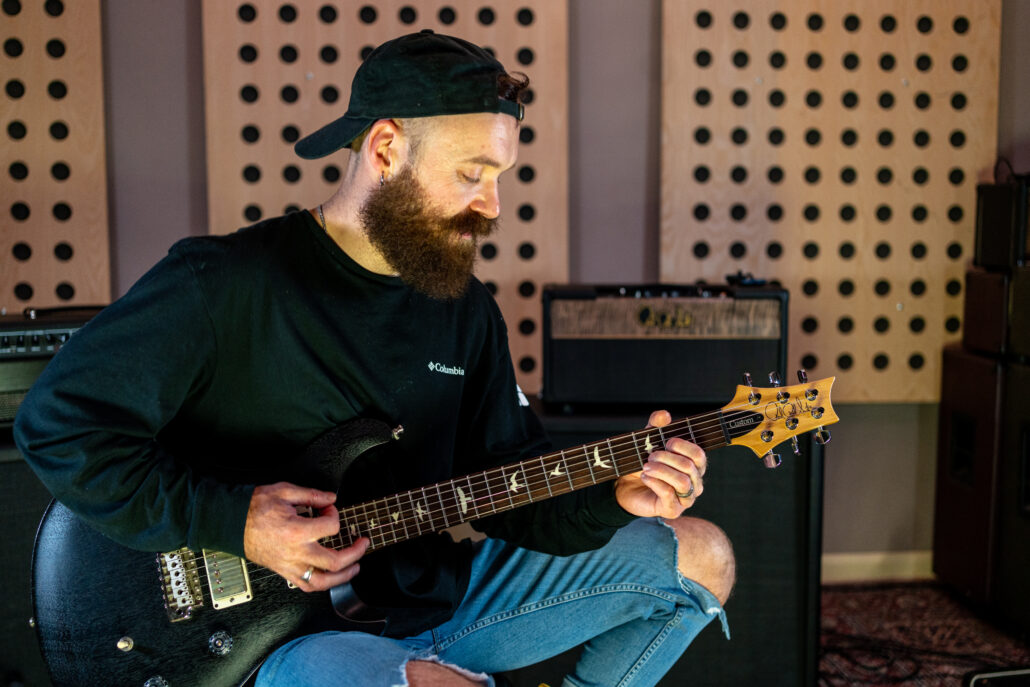 PRS: How has it been playing shows again after lockdown?

SD: It’s been very cathartic playing shows again after lockdown. I think most musicians would agree, having a year and a half away from playing live, it was pretty tough, and I didn’t really realise how much I missed it until we managed to get back on stage. I was like wow this is what life is all about for me, so it’s just been amazing to get back doing shows.

SD: I could say recording at Abbey Road was on my bucket list, but it wasn’t as I never even anticipated it happening! It came out of nowhere and was an amazing opportunity given to us by Amazon Music UK. And obviously it’s a no-brainer, getting to play and record there is something that every musician would jump at the chance to do. We performed one of our songs with a full orchestra. It was a mind-bending experience that a song we had originally written in our bedroom, is now being performed by 40 people who are all absolute masters of their craft. There’s something about that building when you’re inside it, it feels like you can breathe the history. It was very cool.

PRS: The new Don Broco album is called ‘Amazing Things’. Tell us about the writing and recording process of the album?

SD: Recording our new album ‘Amazing Things’ was definitely a very different process to how we’ve recorded before and writing as well. We wrote the entire album over lockdown. We were on zoom constantly, streaming our live sessions so we could be in real time.. Just working in a very different way to how we’ve ever worked before, but it was super productive, and we definitely achieved a result through working in that way that we wouldn’t have achieved if we’d just been sitting in a room together. Even though it wasn’t something we would’ve chosen to do, I think the result we’ve achieved from doing so is actually something really special and I’m really glad we got forced into the position where we had to go through with that method. We recorded in between lockdowns, we took our demos and recorded live drums, guitars and vocals at a studio in Suffolk called Decoy Studios. It was lovely after being in lockdown for so long as the studio is in the most idyllic country setting with a lake and fields, it was great to get away and get back with the boys and have that breath of fresh air. 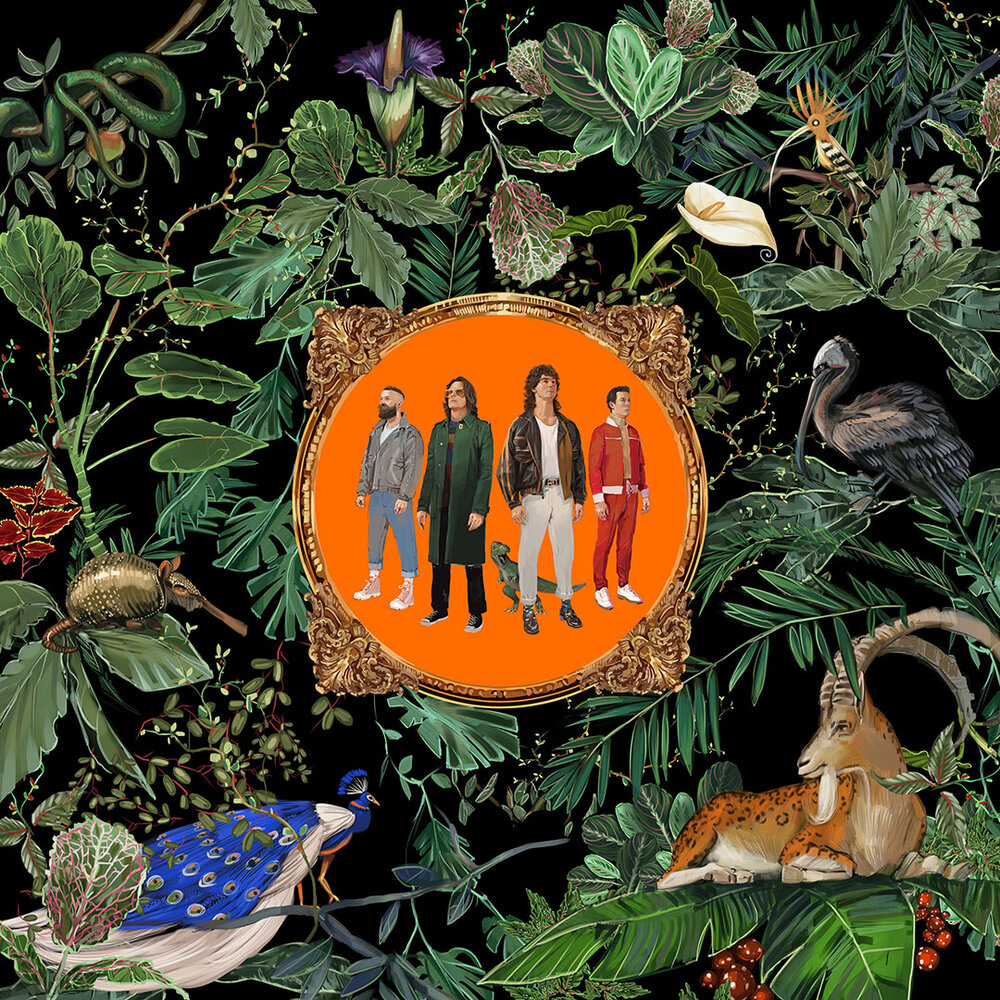 PRS: What PRS do you play on the new Don Broco album?

SD: I played an awful lot of PRS on our new album! This particular PRS (holding his Custom 22 pictured below) has been on everything I’ve ever done with Don Broco. I’ve had it 14 years and it’s has been on everything we ever recorded, every live show we’ve ever played. It really is part of the life blood of our band, you know we wouldn’t be the band we are if this guitar wasn’t in the mix somewhere. This guitar is on every song of the record.

PRS: Do you have a favourite guitar solo on the album?

SD: I’ve got probably one kinda traditional guitar solo on the album. One moment where I get to pull out the 80s heavily wet-reverbed guitar solo! On a song called ‘How Are You Done With Existing’, the solo is kind of indulgent and slow moving but there’s a lot of feel behind it and it was really fun to record. I played that solo on this guitar (Custom 22) and it’s one of my favourite parts on the record. 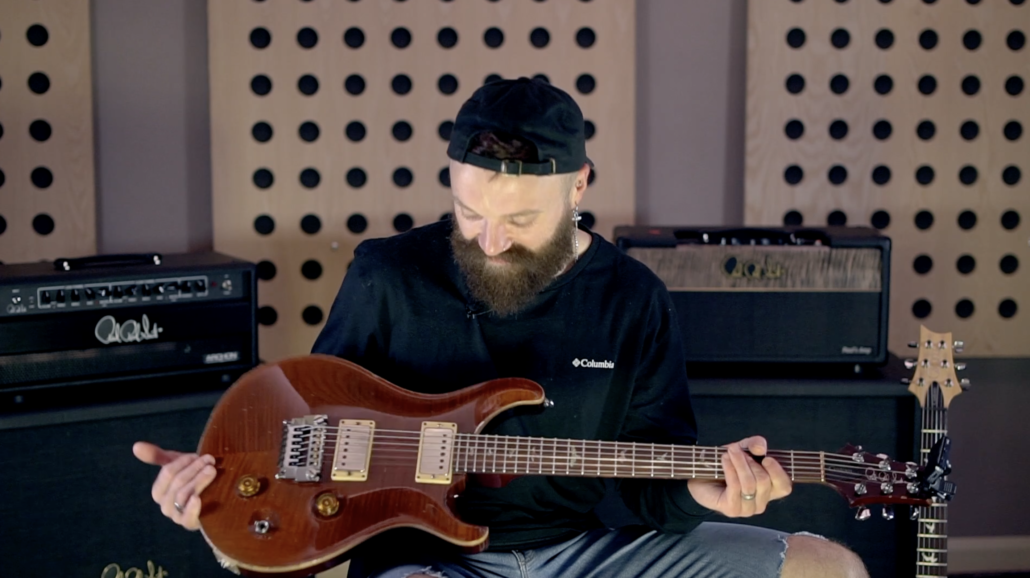 PRS: You guys have an upcoming UK Tour this Autumn, anything special planned you can giveaway?

SD: We’re doing a full UK tour, two nights in most of the major cities which is really exciting. We’re bringing a kinda sci-fi themed production with us, because our album has a very sci-fi aesthetic and we’ve always been a big fan of any kind of imagery from that genre. Creating a stage show based around some of our favourite sci-fi like Star Trek and Star Wars is something that’s really fun for us, so we’ve got quite an exciting and colourful stage show this time round!

Check out the new DON BROCO album, and more about the band and their UK Tour here: