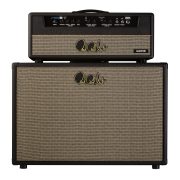 Having already collaborated with PRS on the fantastic Limited Edition Private Stock Super Eagle, released in the spring of 2016, John Mayer has also been closely involved in the development of the incredible new handwired, made in USA J-MOD 100 signature amp.

And it’s a bit of a beast. The 100w, single-channel bruiser features a switchable gain stage and effects loop and is designed to deliver a huge, spread-out tone that develops rich harmonics and bite when the gain stage is kicked in. It’s a really versatile amp with both single-coils or humbuckers, and with three band EQ and bright switch AND a presence control to lift the power amp high-end, it’s super tweakable as far as tone is concerned.

The amp is based around a four 12AX7 preamp / four 6L6 power amp design and is built on five separate boards, all with over-sized traces for tonal integrity.

Each board is dedicated to a particular part of the circuit: preamp section, power section, front panel controls, bias jacks, and the effects loop. Not only is this an elegant way to build with fewer long wires extending across a larger board, it is also a more robust way to build as there is not a single, large board that needs to flex during transport. The J-MOD 100 also features a “laydown-style” power transformer for build integrity.

It’s s truly stunning piece of high-end audio gear for discerning players – and on its way to Europe soon! 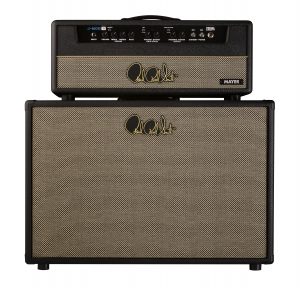